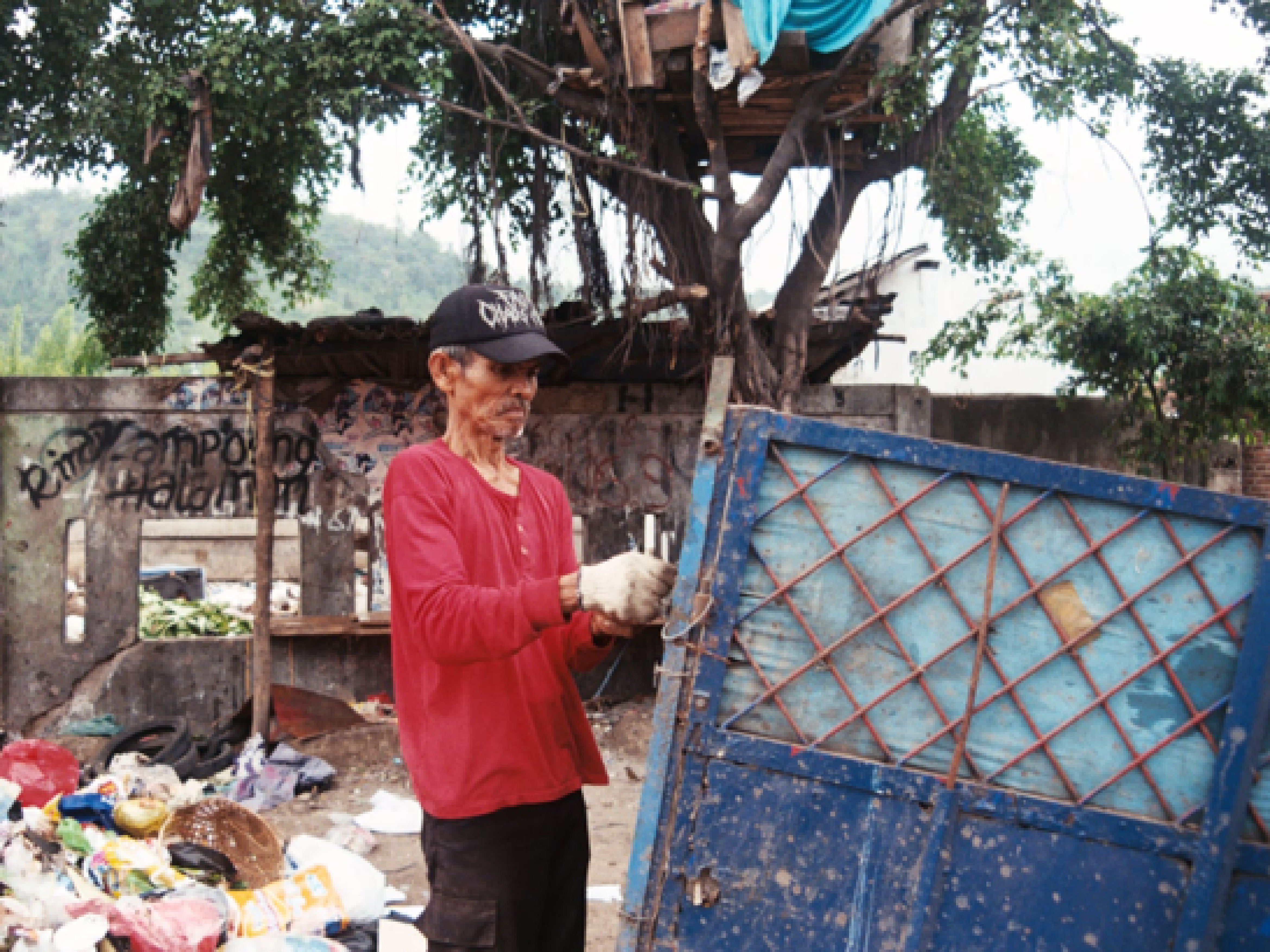 Waste generation remains a major problem for many countries and major cities around the world.  In Indonesia, average solid waste generation per capita was 0.49 kg per day in 2015, and it keeps increasing. It is predicted that Indonesia will produce 67.1 million tonnes of solid waste in 2019, mostly generated by households. The Indonesian Government has set a target of a 30%  reduction of waste and 70% improvement of waste management by 2025. One of the programs that have been launched is the 3R (reduce, reuse and recycle). Solid waste management in Indonesia is regulated by Law no. 18/2008. According to this law, waste separation is as an initial step of waste recycling.

Waste Separation can be confusing

Indonesia has many terms for waste separation. According to Government Regulation No.81/2012 concerning household waste management practice (Article 17 clause 2), sorting or separation of waste should be conducted by classifying waste into five types: 1) trash containing hazardous or toxic materials;; 2) biodegradable waste; 3) waste material  that can be reused; 4) recyclable waste; and, 5) other types of garbage. Unfortunately, the regulations do not go into further detail about these classifications.

In reality, the above classifications are translated into various “pseudo-scientific” or “catchy” terms. There are a variety of colours and styles for waste and recycling bins. In addition, there are two commonly used sets of terminology for these public refuse bins.  The first uses the terms “organik” (organic) and “non-organik” (non-organic) waste. The second uses the terms such as “sampah basah” (wet waste), “sampah kering” (dry waste) and “bahan beracun dan berbahaya” (hazardous waste). Public places in the capital city, Jakarta, generally provide either one set or sometimes both of these sets of waste bins. 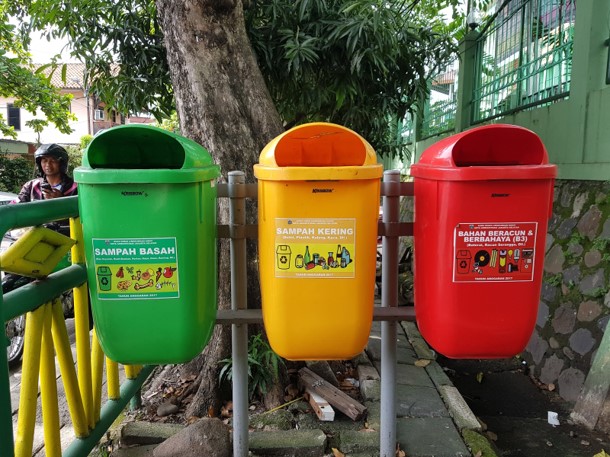 Where the organic and non-organic terms are displayed,  the waste is meant to be divided according to its biodegradability characteristics. Organic waste refers to waste containing materials which originated from living organisms (such as food, kitchen waste and paper) whilst non-organic waste contains materials such as plastic soda bottles, glass, aluminium cans, and plastic bags..

However, community understanding about these terms is very low. Unfortunately, many people still mix their rubbish or they don’t know in which bins certain rubbish should go, and others simply don’t care.  Perhaps even more importantly, neither of the two sets of terms currently in common use in public spaces creates or improves public understanding of recycling or re-use, the keys to reducing Indonesia’s growing waste burden.

One of the simplest solutions to the waste separation problem is to provide simpler terms and classifications, and implementing a single colour-coded bin arrangement.  In Australia, for example, there are two types of rubbish bins in all public spaces (parklands, bus stations, shopping centres). One (yellow) bin is confined to glass, metal, plastic and paper waste – all are recyclable and account for the majority of waste in public spaces, including aluminium cans, plastic juice containers, soft-drink bottles and fast food packaging.  The other (green) bin is for all other waste – food scraps and wrappings and nappies for example. A similar system is used in Singapore and other countries, and could also be applied in Indonesia – the one difference being that few other countries have a specific bin for “hazardous waste” in public spaces, because such waste is potentially harmful to others, and because people rarely carry pesticides or motor oil when they go for a picnic or commute to work. 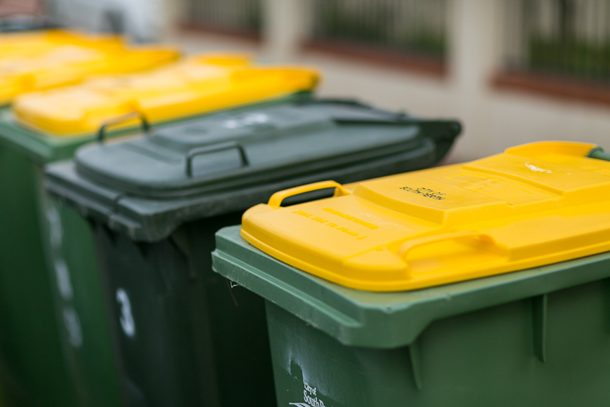 There is also a need to conduct a concerted campaign to increase people’s knowledge on what they can and cannot place in waste bins in public spaces.t Not only would the amount of recyclable material be saved, thus significantly reducing total waste, but contamination and confusion could be avoided. Once there are new standard terms and classifications, they can be incorporated into school curriculum to teach the younger generation.

This is an urgent call for advocacy on this issue. Hopefully, we can have a far better waste system in the future – one with less waste and increased reycling and re-use, and a more beautiful surrounding environment.

The next two articles will cover the issues around waste separation practices at the household level, as well as how the recycled waste system works in Indonesia. Don’t miss them!