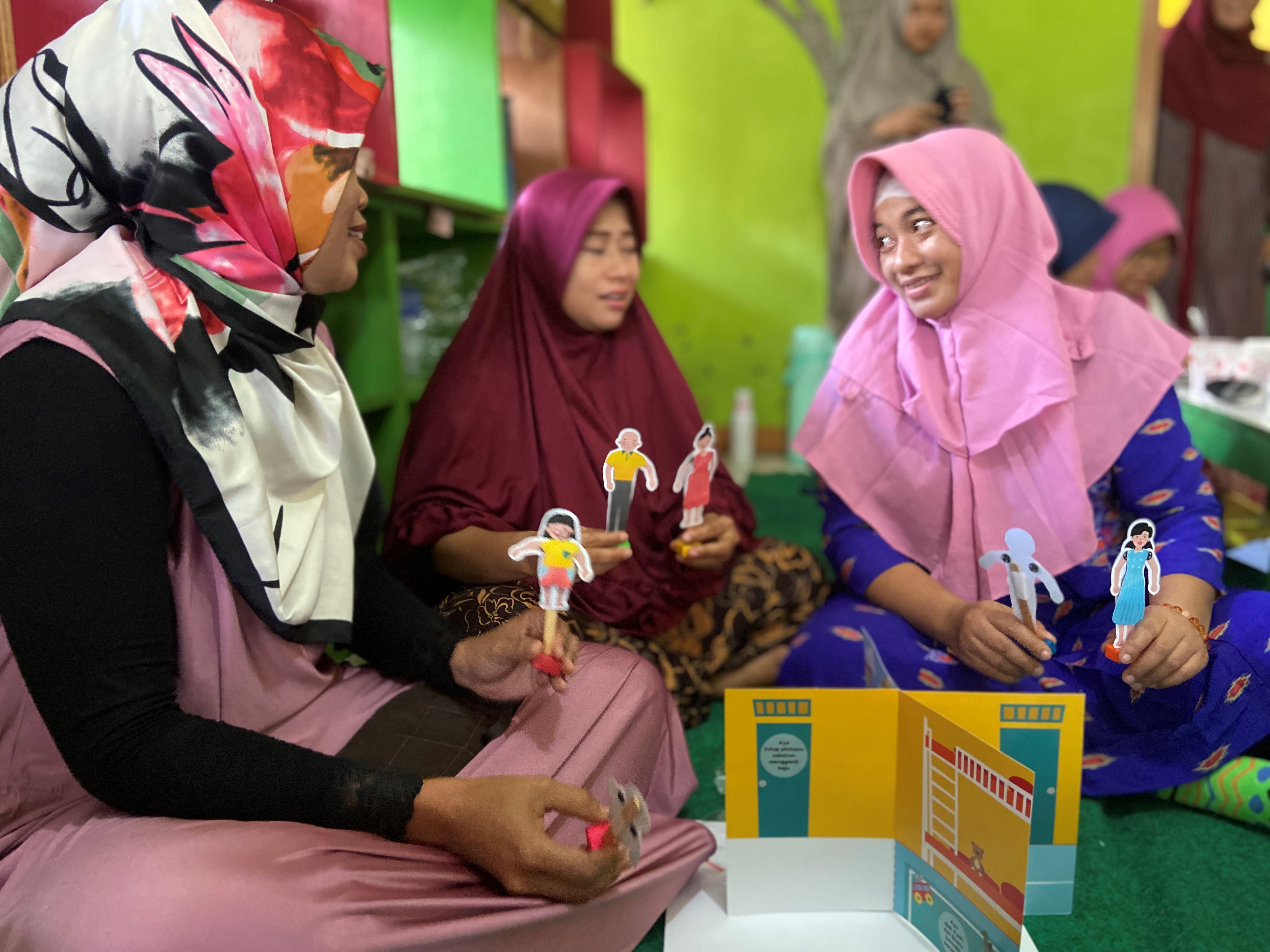 Last Saturday, the 22th of February, the Tulodo-team visited the kindergarten school Asaloka in Meruya South Jakarta to introduce parents to their educational game Dolpin (Dolanan Pintar). Dolpin is a family-based sexuality education teaching kit for children aged 5 to 9 years old. It was the first time that the team visited a school to give a seminar about their ‘Smart Game’.

The family-based educational kit is designed to teach children in kindergarten and elementary school between the age of 5 to 9 about sexuality and other daily life issues with which children can be confronted in public spaces. Our Dolpin team,  Ade Ayu Kartika held a presentation about the Dolpin-product wherein she explained in what ways the game contributes to children’s education. The rules of the game were briefly being discussed during her presentation. 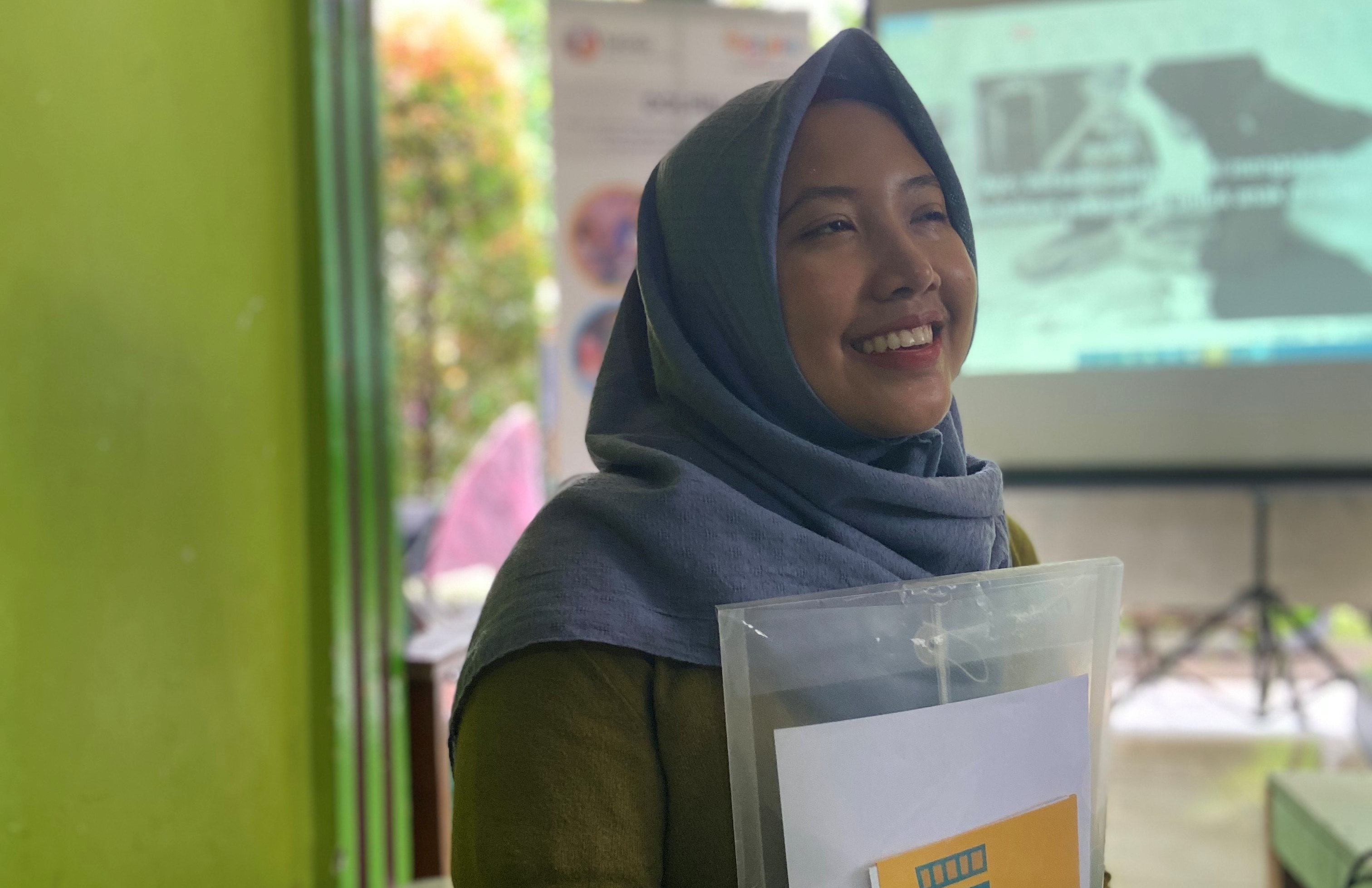 Afterwards, the mothers divided in three teams and played the educational game. The educational kit consists of a trilogy of books, 6 characters and a diorama. At this seminar, only the 1st book of the series, ‘Ini Tubuhku’, was introduced to the moms while playing the game. 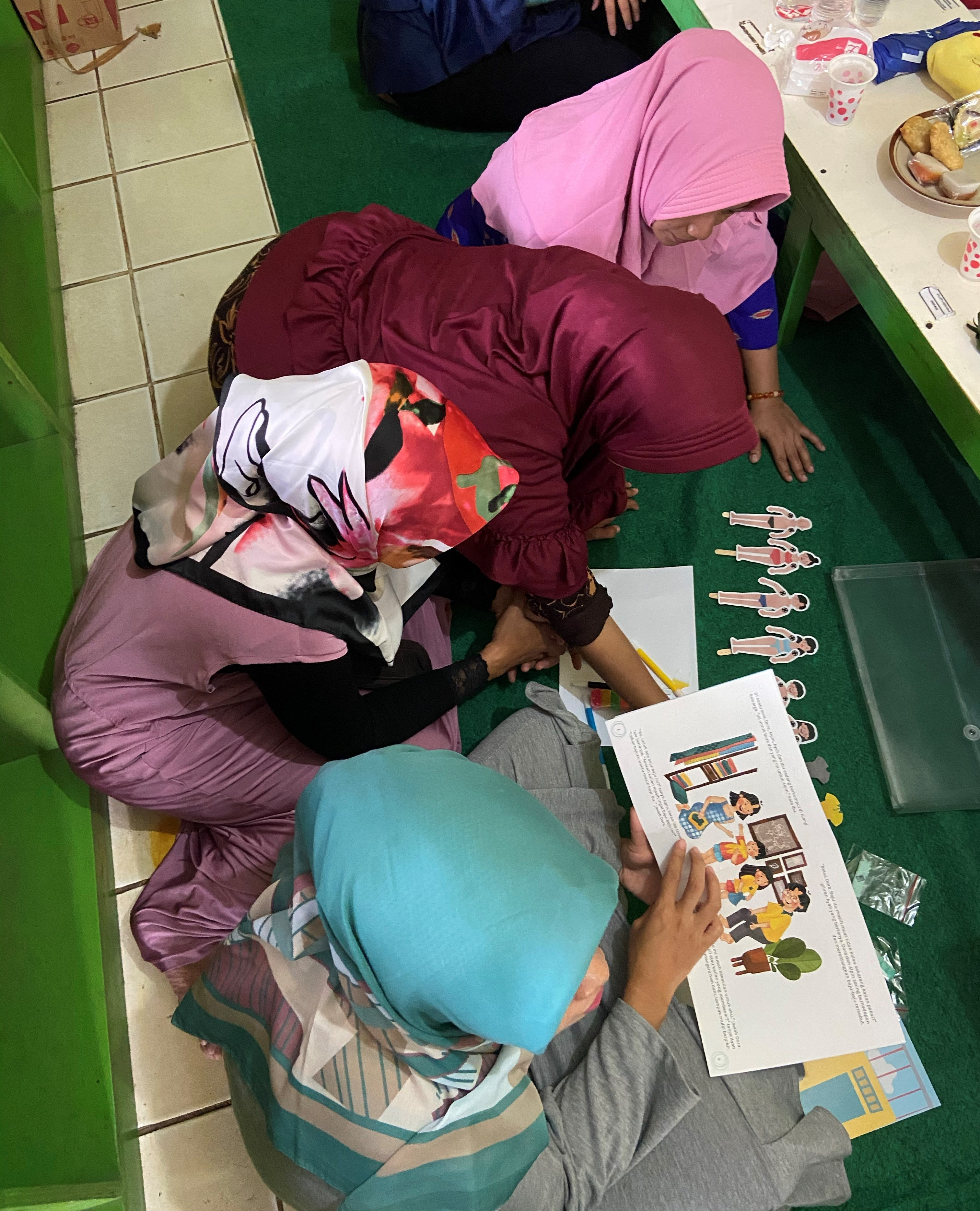 Our first seminar given in a middle school turned out to be a success. The mothers were very enthusiast and enjoyed the interactive game. Most of them appointed it as ‘educational’ and ‘fun’.

When I asked the owner of the school, Ilham Futhurrahman, what he thought of the game, he responded that “The game might be useful, it addresses topics which sometimes still are a taboo within our community. And the mothers surely seem to like it.”

Even though our primary focus was on the mothers during this seminar, their children also seemed to be enthusiastic about the game. A little boy said repeatedly to his mom “That he wanted to join and play with the dolls!”. The Dolpin-game is designed to teach the children, so the enthusiasm of the children is seen as a good thing by Tulodo.

At the end of the seminar, a small contest was held, whereby the three teams all had to write a creative song which was in a way connected to the game and its life lessons. The Tulodo-jury appointed the most assertive and creative team regarding the playing of the Dolpin-game and the writing and performing of the song, as the winner of this contest.

Altogether, the seminar is seen as seen as successful. From both sides, the Tulodo-team and the participating mothers, the event is seen as an ‘educational’ and ‘fun’ experience. Other school-visits surely will follow. 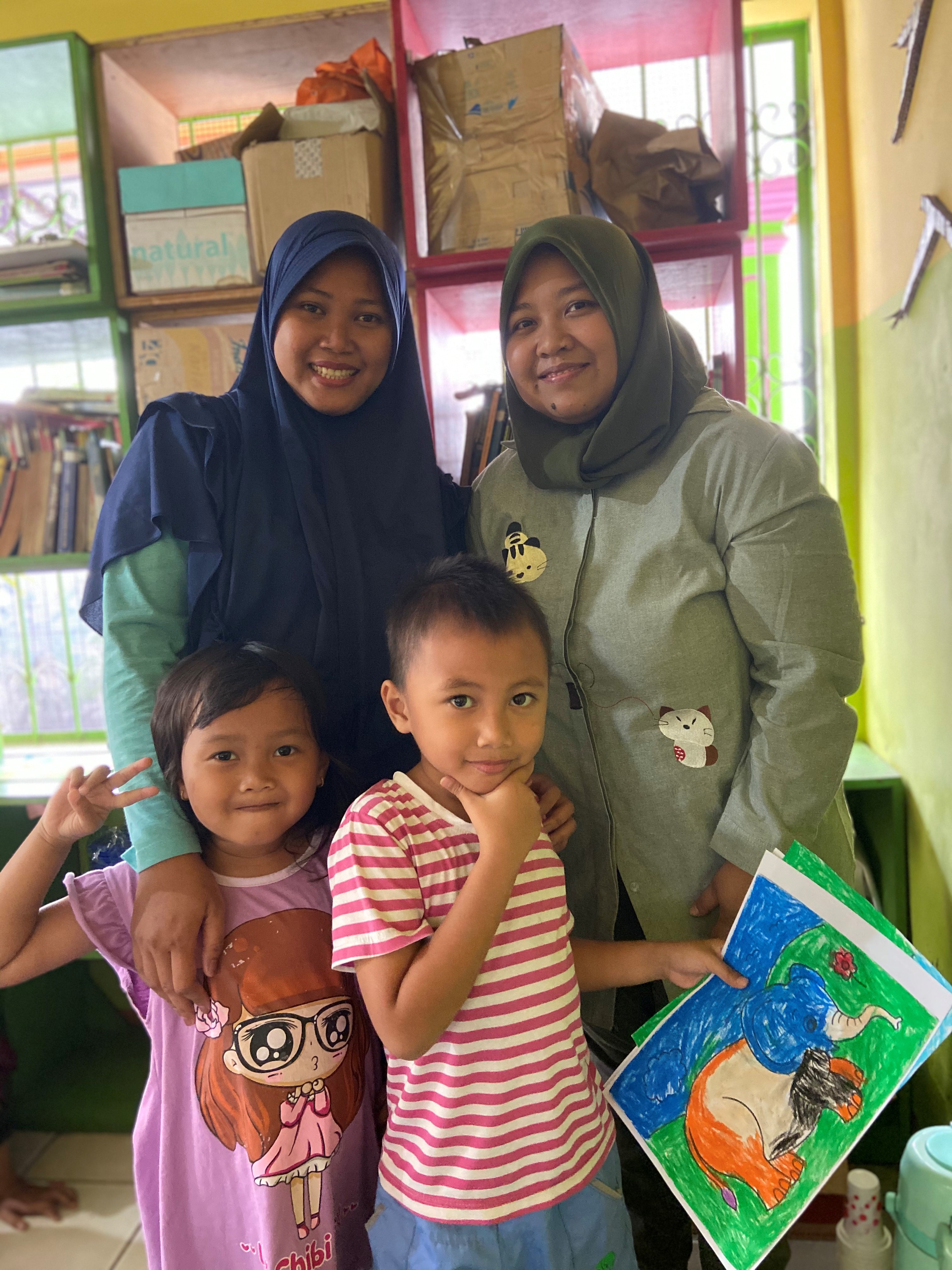 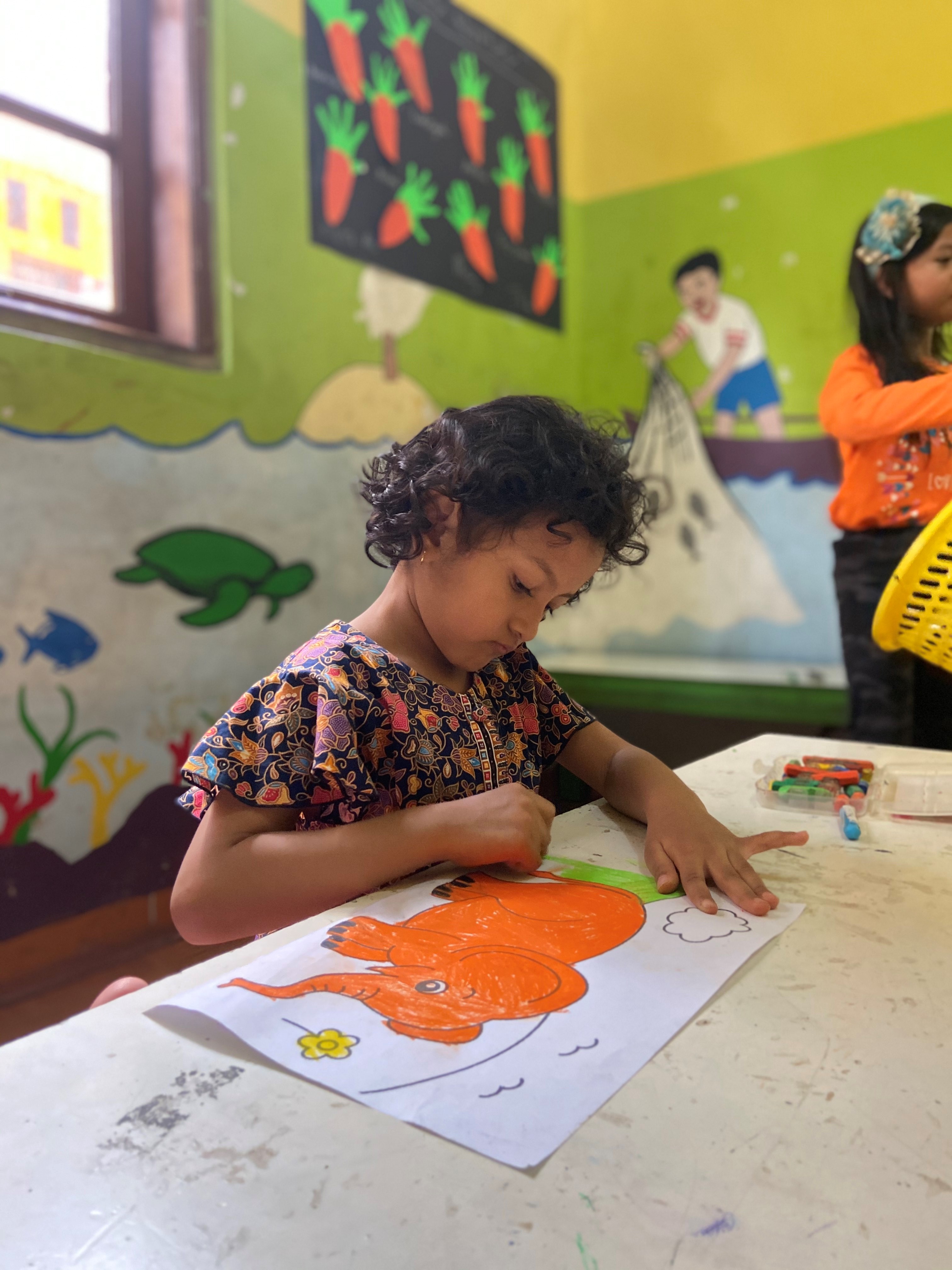 Not only the moms enjoyed this day, so did the children Photo by Aisya van der Vaart