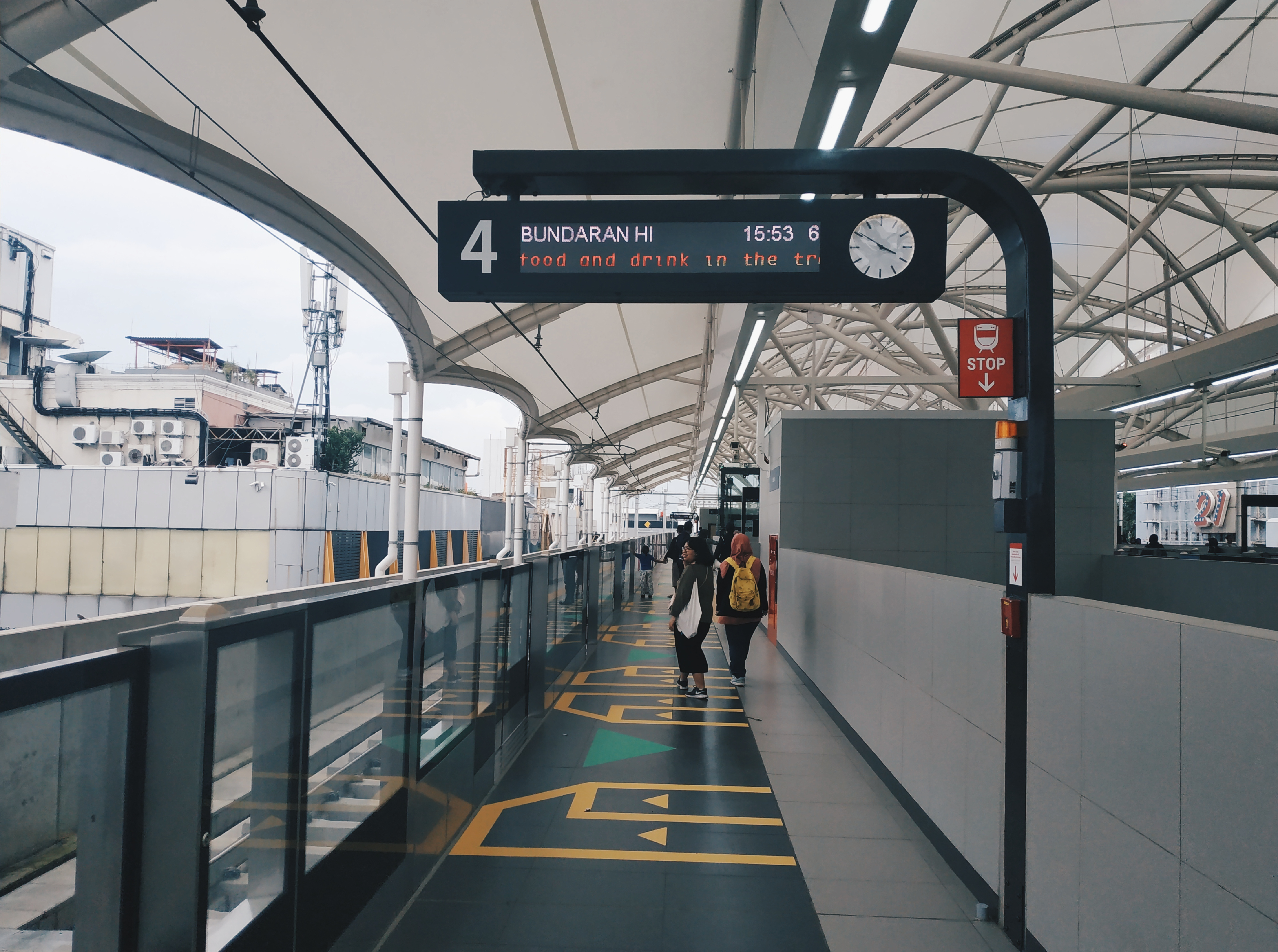 The long-awaited Jakarta MRT (Mass Rapid Transit) is now open for the public. Indonesia’s first MRT is expected to reduce traffic congestion in Greater Jakarta, which costs an estimated IDR 65 trillion (USD 4.54 billion) in annual loses which cover both direct and indirect expense from fuel to time wasted.

Despite the euphoric celebration of this transport technology finally coming to Jakarta, the MRT that stretches along a 15.7km route from Bundaran HI (Hotel Indonesia Roundabout) in Central Jakarta to Lebak Bulus in South Jakarta has raised much discussion on social media about the habits and attitudes of passengers. This is because existing public transport modes in Jakarta are prone to littering and pushing in shoving in queues. 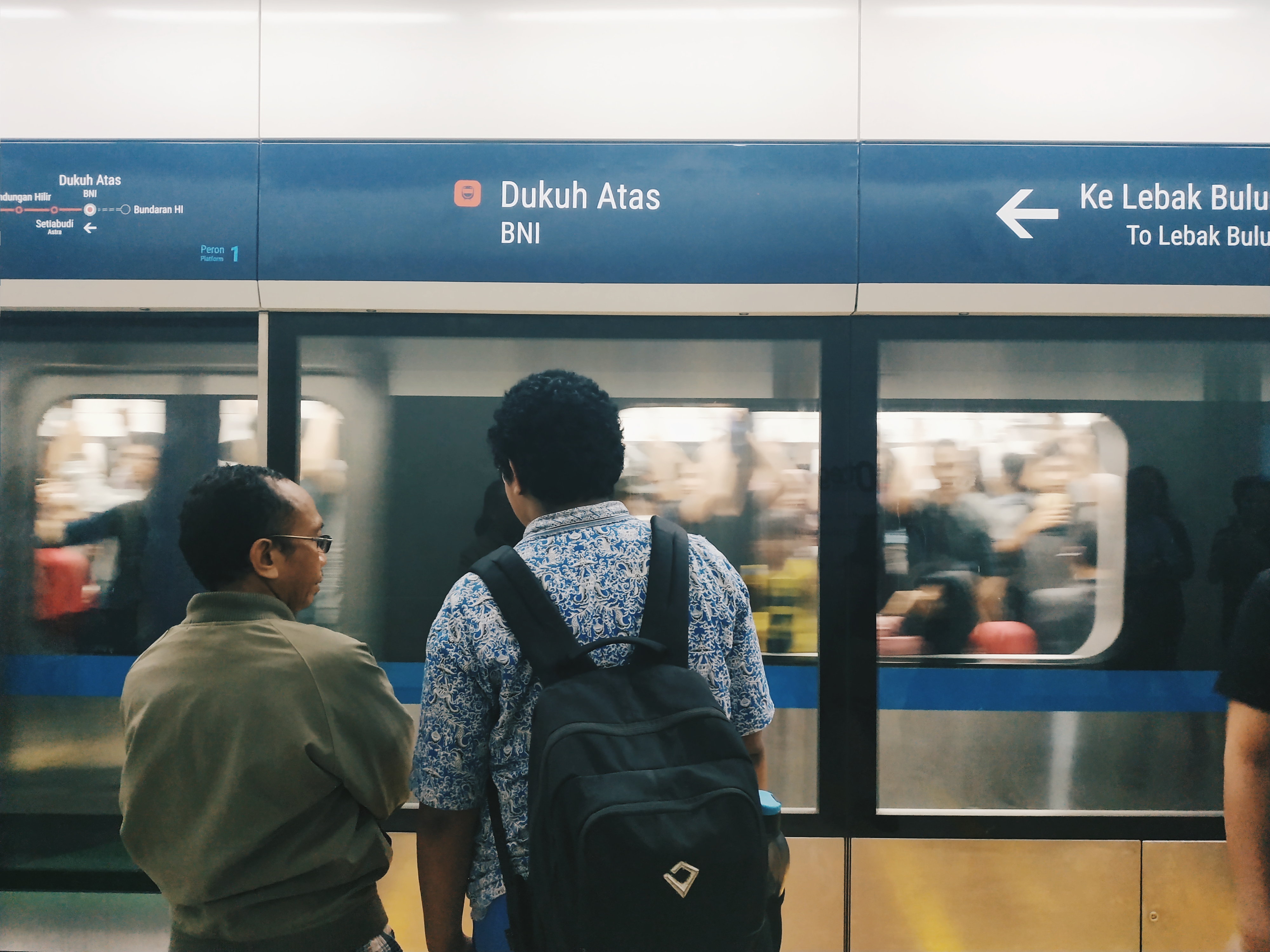 Conduent, a public transportation and mobility solution provider which has surveyed passenger experiences in 23 cities across 15 countries, has concluded that the biggest factor in improving urban travel is changed human behaviour.

The President of Indonesia, Joko Widodo during the MRT’s inauguration on 24 March 2019 called upon citizens to adapt to the new passenger culture. This includes no littering, no sitting on the floor or swinging from the pivoting grab handles, behaviour considerate of others, queueing in lines, and no consumption of food or drinks.

However, after two weeks of trial operation, compliance seems to be a challenge for many passengers.  For instance, the idea of not providing rubbish bins at stations is to encourage people not to eat or drink inside the carriages or on the platforms. Yet social media is full of images of families sitting inside the stations with picnics laid out before them, as well as littering in some areas. 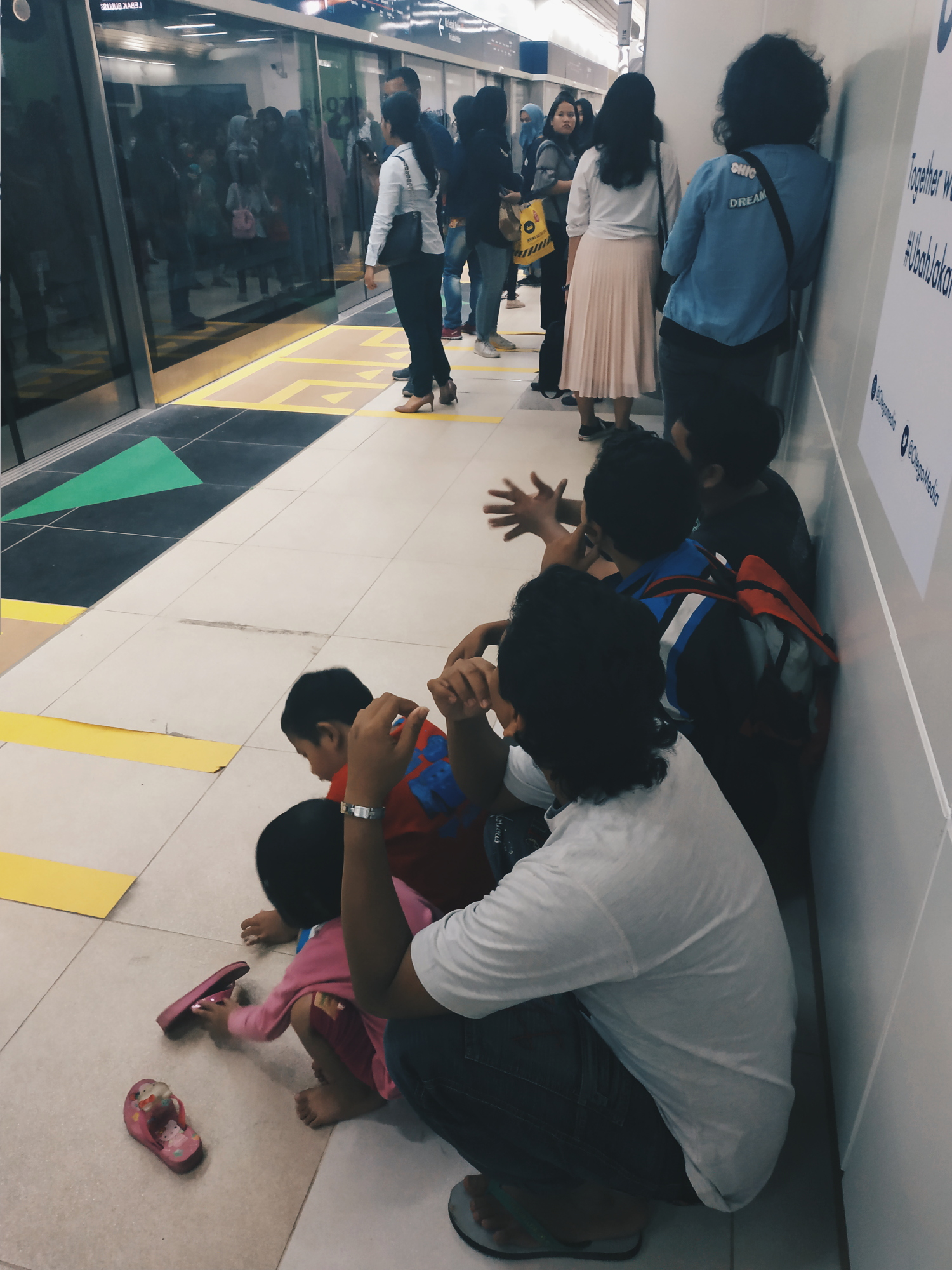 Platforms are not for sitting or squatting” (Photo by Monica)

There are challenges to overcome

When the first escalator was introduced on London’s tube in 1911,  nine dresses were torn, one finger pinched, and a lame passenger fell from his crutches in the first week alone. However, after continuous public information campaigns from 1911-1915, commuters became used to riding on the moving staircase with far fewer incidents. 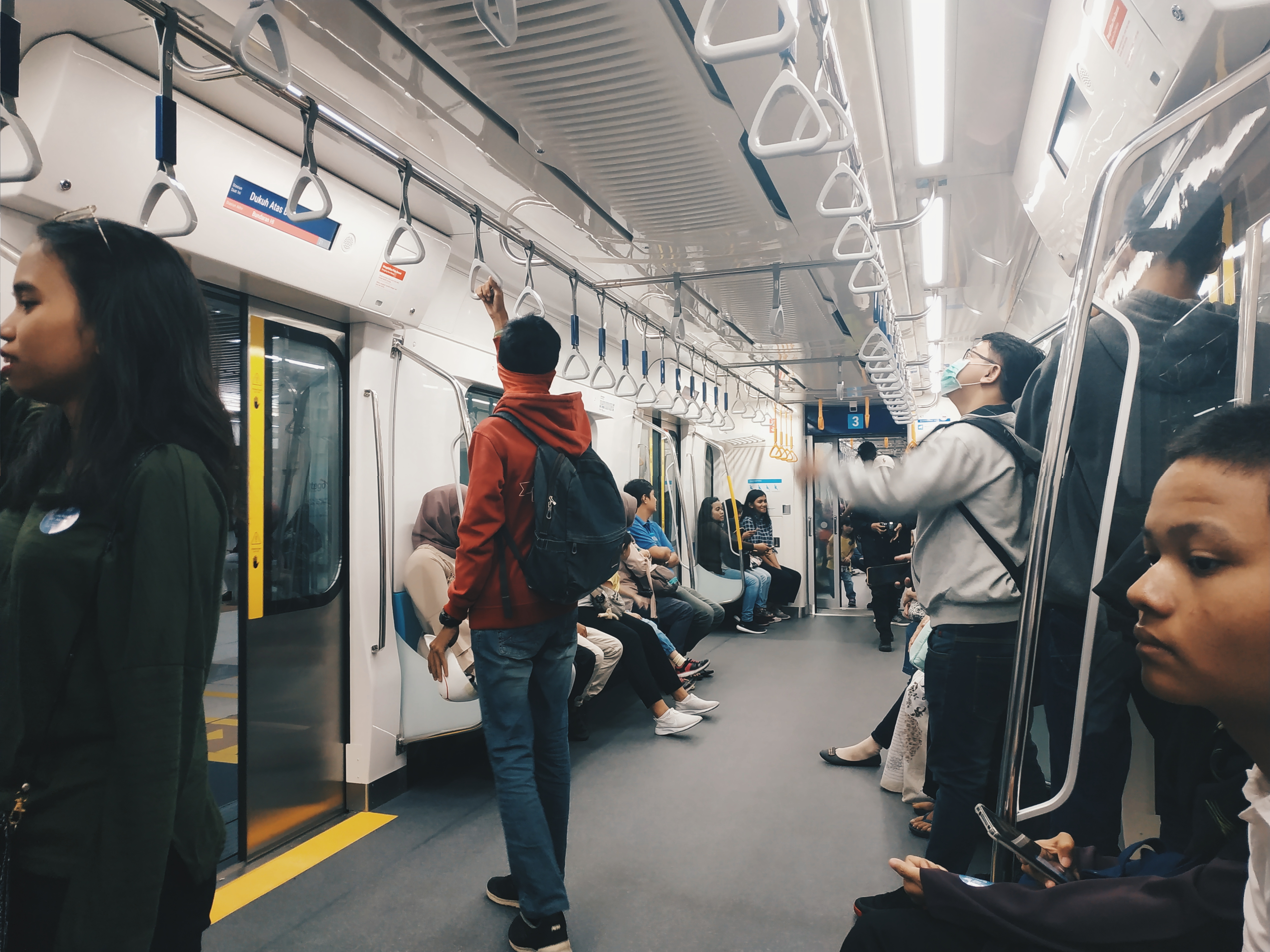 Adapting new behaviours is not simply up to individuals. Community engagement, public efficacy, and empowerment are the keys to communities being able to adopt and sustain new behaviours.

With the case of Jakarta’s MRT, it is safe to say that community-centred behaviour change programs with collaborative design and implementation will be one of the keys to ensuring a pleasant and safe passenger experience for all.

The study by Condient in regards to new behaviour adaptation for public transportation concludes that people often don’t know there’s a better way, so when they imagine the present and future, they are influenced (and limited) by their previous experiences and perceptions of travel.

This means there is an opportunity to educate the community and demonstrate an alternative and better way forward (eg. with respect to queuing and littering) that may influence and change broader attitudes and behaviours in other aspects of community life.

Note: By the time this article is published, the author had a chance to conduct a second trial on 30 March 2019, three weeks after the first trial. Security guards in each station have tightened and improved their procedure for misbehaving passengers making the MRT experience more pleasurable.