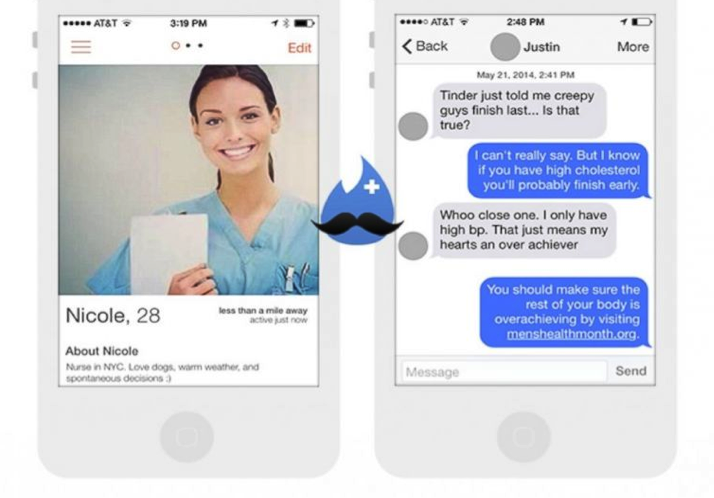 Two interns in New York — Vince Mak and Colby Spear — set up a fake profile in the popular dating app Tinder as part of their Matches For Men’s Health project. They created an account for “Nicole”, a pretty 28 year old nurse from New York, to attract men and engage them in conversations on their health. Nicole’s pretty profile picture lured many men to initiate conversations, even flirting (and worse) with her. Nurse Nicole politely provides advice on health issues and reminds Tinder users that June is Men’s Health Month. The response has been mixed, some have showed genuine enthusiasm but others have ignored the advice. This is a creative approach by marketing in the right ‘place’ (one of the four Ps of marketing). However, tricking people into behaviour change might be problematic. Further testing will reveal the results so stayed tuned.