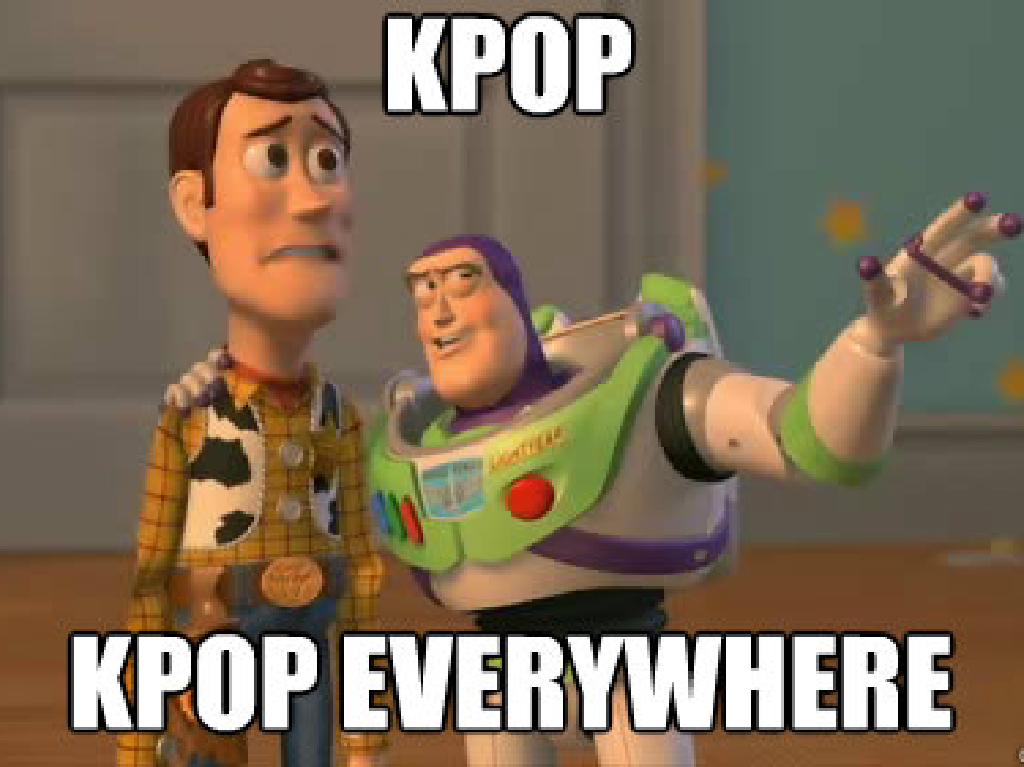 The over publication of Korean popular culture increases the curiosity among  non-fans Photo source: https://goo.gl/images/CvLorq

The “Korean wave” (Hallyu) has taken the world by storm. Not only has it entered globalised consumer culture, it has become a strategic export commodity.  But what makes the Korean wave so globally accepted? And what has helped turn this restoration and reinvention of South Korean culture into such a staggering phenomenon?

Since then, the demand for Korean entertainment – film, television,  dramas, music, games and creative products – has skyrocketed.

According to the Ministry of Culture, Sport and Tourism and Korea Creative Content Agency, Korea’s content generated $102,9 billion in 2017, up 4.8% on the previous year.

The biggest K-Pop group, BTS, for example, is predicted to contribute $1 billion to the South Korean economy.

“What the customer wants, the customer gets!” is focused customer-centred service, and in the K-pop world, truly works. K-pop fans are spoiled with a constant and endless series of social media updates and announcements, live streaming, album-signing events and concerts. Every month a new television drama begins, another one ends, new talent is introduced and a not-forgotten favourite makes a comeback.

Constant communication between artists and fans creates a strong bond.

In return, fans often prepare extravagant gifts for their  idols – in one case, a Chinese fan purchased a Scotland Estate as a birthday gift for a member  of the EXO band, so they could literally call him Lord. Lord Oh Sehun.

From altering the predominance of masculinity in the entertainment industry to challenging political, social and cultural norms, Korean wave is  shifting the classic plot scenario – the elite and rich men versus poor women story – to critiques about the demanding South Korean education system and the importance of self-love and self-acceptance. 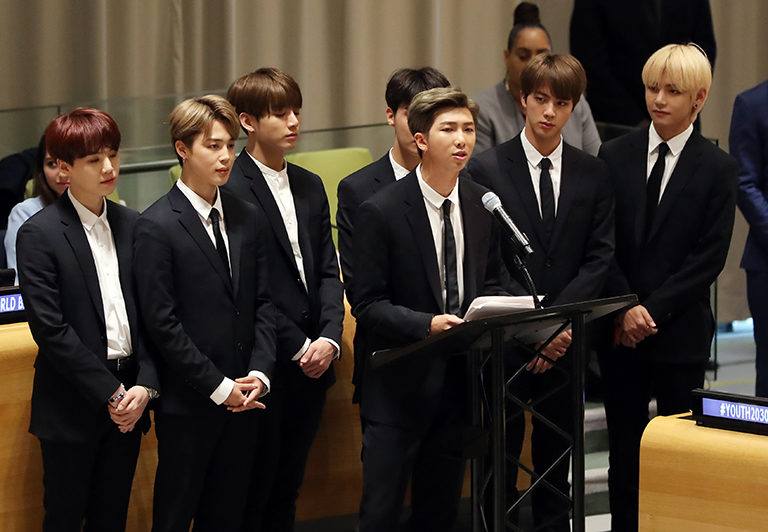 BTS during their speech at U.N for the Love Myself campaign. Photo source: https://goo.gl/images/H3sPG5

For example, the band BTS, broke a major barrier at the United Nations by becoming a UNICEF ambassador for the Love Myself Campaign encouraging young people to overcome their inner struggles, social pressures and bullying.

The Love Myself Campaign is echoed with an invitation to #EndViolence for children and youth.

The statistics shows that more than 1 in 3 students between 13 and 15 years old experience bullying. Moreover, every 7 MINUTES and adolescent is killed by an act of violence (UNICEF,2018). 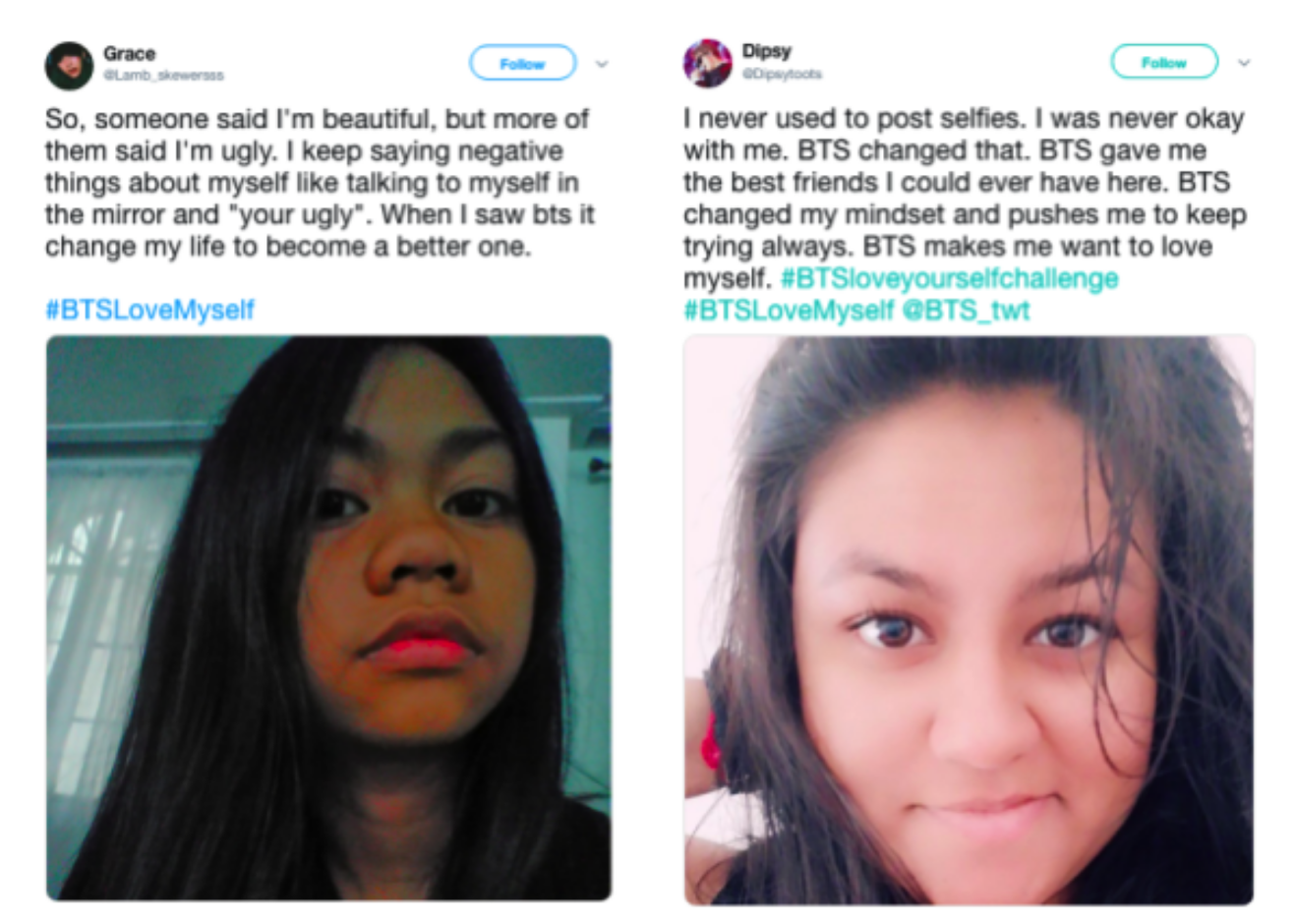 The South Korean and Japan Committee for UNICEF is currently on the field to spread the awareness – accompanied with #BTSLoveMyself, which asks fans and supporters to post self-loving photos with the  hashtag to different social media platform.

Some sections of society view K-pop fans as  part of some militant cult but K-pop culture actually includes positive messages around social awareness and social causes.

K-pop fans actively channel their adoration of their idols by gathering donations for social causes.

For his recent birthday, fans of Kang Daniel donated USD$ 4,500 to the Korean Social Welfare Society, a foundation that supports single children and single mothers.

Meanwhile, the BTS Love Myself Campaign has successfully raised over $1 million for UNICEF thanks to the band’s global fan club, ARMY. 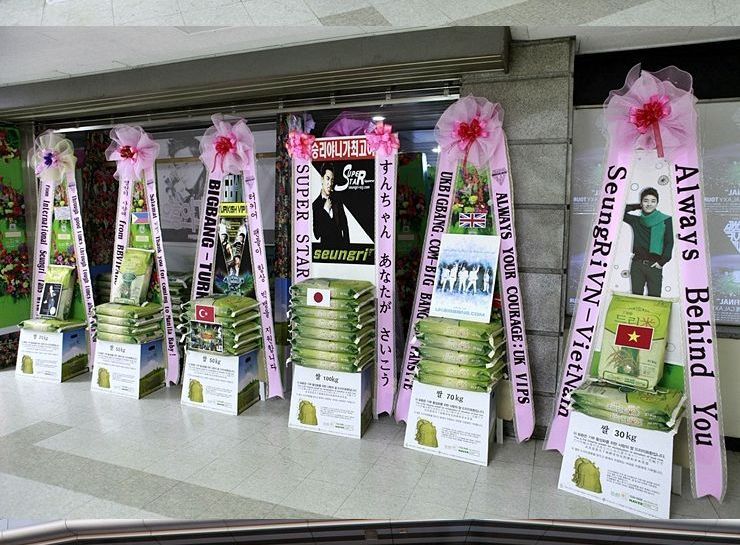 Rice donation is one the most popular way of fans showing gratitude. Rice will be given to the needed. Photo source: https://goo.gl/images/5Sg9Zd

In Indonesia, K-pop enthusiasts through dance events and crowdfunding on Kitabisa.com raised funds for victims of the recent earthquakes and tsunami in Lombok, Palu and Donggala.

Seeing the Korean wave from these different perspectives really broadens our understanding of the social depth and positivity that underlies K-pop culture and its economic aspects.  Let’s simply ignore overzealous petition about Korean singers showing too much leg during Indonesian broadcasts and start a more progressive and positive discussion about the merits of K-pop.