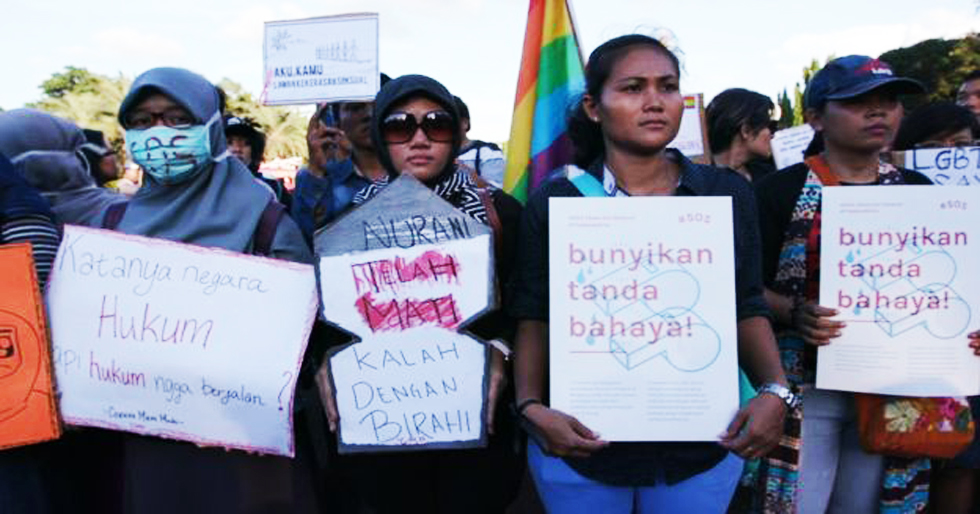 Once again, a rape case has become a trending topic. It is because of a provocative article posted by Buzzfeed News. This case involved Brock Turner, a Stanford University student, who sexually assaulted an unconscious woman behind a dumpster. The article was very influential among the netizens, as reviewed by Adweek. For every person who shared it, 12 more people saw it. 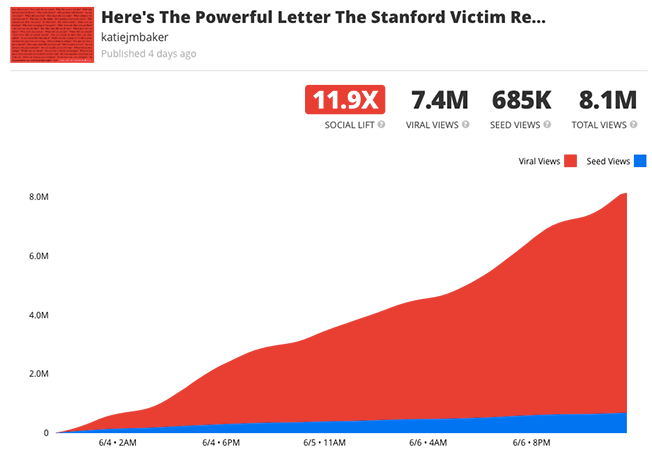 Not only in America, in Indonesia rape cases have also drawn public attention recently. The case of YY, a junior high school student who was raped and murdered by 14 men in Bengkulu, caused public outrage. Various online media movements sprung up as a result of the initiative of the community to show solidarity and their concern for the case (Petisi 1 di Change.org, Petisi 2 di Change.org, Petisi 3 di Change.org, Tagar #NyalaUntukYuyun di Twitter).

Although both American and Indonesian communities quickly responded to the news through online media, yet there is something interesting which shows a substantial difference between the enthusiasm of these groups.

The public has responded to the rape case committed by the Stanford student ever since the case first appeared in the media. The Stanford case continues to be in the spotlight even after the court announced the sentence for the perpetrator. Many days after the court decision, many online media still voice their anger over the perceived light punishment the judge imposed on the perpetrators of rape (CNN, People, Cosmopolitan, Vogue, US Magazine, Yahoo, Perez Hilton). US Vice President, Joe Biden, also expressed his opinion and issued a call for male students to participate in the prevention of sexual violence on campus.

Different social behaviors has been demonstrated by the people of Indonesia. There is an impression that Indonesians have only shown a fleeting response to the YY rape case. Of the petitions made with the intention to follow up the rape of the junior high school student, none of them met the quota for support.  The hashtag #NyalaUntukYuyun only lasted for 9 hours as a trending topic on Twitter, according to the BBC. 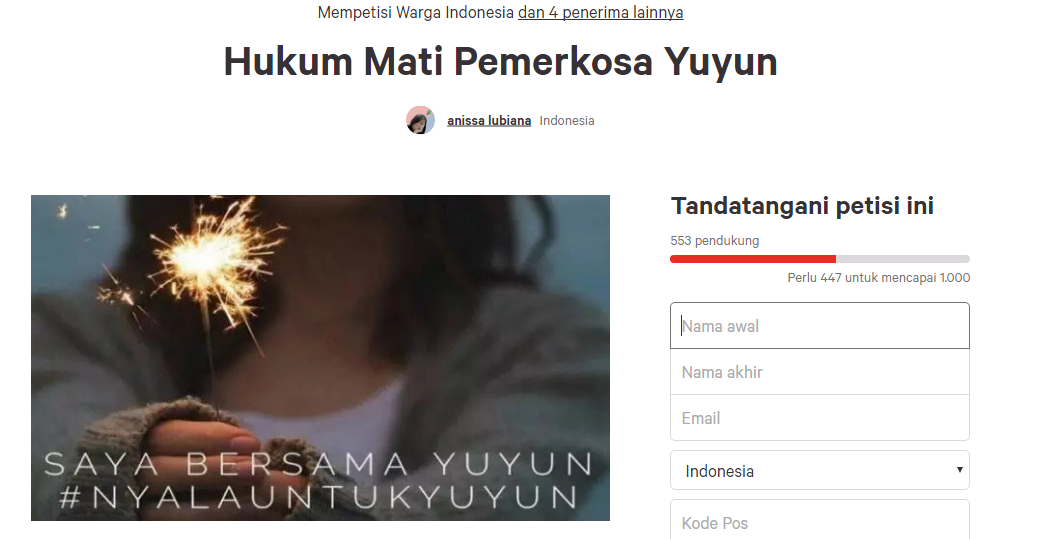 This finding is interesting because of the differences in social behavior, even though both groups used online media as a means to establish a social movement. This phenomenon shows that we need a better strategy to communicate and raise support from the community so human tragedies can provide momentum to create massive social movements in order to decrease the number of sexual abuse cases affecting women.

Campaigns, especially petitions, need to be promoted using a variety of marketing techniques. This is important because there are many other social issues which compete for public attention. Social organizations often assume the issue they promote is important, so the public will read and re-share the campaign. Careful thought goes into every successful campaign in order to draw attention and attract people to participate in the cause. Kopernik’s campaign on the role of women in renewable energy #Indonesianwomen4energy, managed by Tulodo, is a useful example. Social organizations also need to collaborate, for example by focusing on one specific campaign or petition.

One other thing that should be a concern of social organizations in making a campaign is the action taken after the campaign to attract the participation of the community. It is common in a social campaign to stop at announcing an issue, without a clear future action plan. In other words, a good campaign is one that can continue to live in the community, not just as a fleeting moment of consciousness.